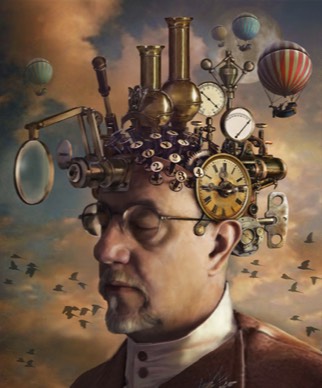 Companies are created with high valuations and yet crumble to nothing within 12 months. In less than a year you could blow through your Series A funding without even fully completing your Product Development Team. Nowadays, everyone is focused on recruiting “Rock Star” Programmers and Elite Business School co-founders, yet companies are making the mistake of passing up on people who possess god given talents that you cannot learn.

This week I had the pleasure of meeting with an accomplished Angel Investor, yeah hard to believe that I was even able to get close to one given that we still don’t have a prototype, but believe it.

I must say that contrary to the stereotypical “Wall Street Shark” persona,  not all of them are blood-sucking creatures. Some of them are really ethical and want to help you out as much as possible. After all, if they are putting their money (and trust) into your venture it’s probably because they believe in you and want you to do well(so they can do well).

My point is that  I met someone who changed my perspective on Angels and really cleared things up when it came to knowing what Angels look for when they want to invest. Still, it baffled me why more Investors don’t come right out and say that the personality of team members is also a determining factor in their investment decisions and that sometimes (not very many) they bet it all on someone just because there is something about them they cannot put their finger on. I understood exactly what they meant, but most people probably won’t so I’ll briefly shed some light on it.

They were talking about a true creative type person. Most people won’t understand what I mean so I wanted to write this entry to try and convince those out there with authority to give those wacky characters a shot at making great companies.

Joe DeMartino  has a  long history of involvement in the Technology Industry. As far back as to say he was involved with Apple when it had the IIe model, so I trust his industry knowledge. Nevertheless; as a member of the Angel Capital Association and Angel Investor Forum Joe is a numbers guy. It would be hard to get him to buy into a pie in the sky enterprise if your Term and Cap sheet didn’t make sense. Yet, even he admits that there is one component of all successful companies that cannot be overlooked.  I want to draw attention to an attribute that is harder to quantify than any valuation or market cap, but every Angel Investor and VC across the world consider it to bear heavy weight in their decision to invest in a Start-Up.

In case you’re missing what I’m trying to say, I’m talking about adding Functional Diversity to your team through the use of members who exhibit natural creative abilities. The “Creatives” are personalities that run scarce in the Startup World. (well unless your company deals directly with a creative industry such as Graphic Design, Video Production or Entertainment), but most companies nowadays are looking for hardcore quantifiable technical expertise and overlooking what I like to label as natural creative instincts. I call it an instinct due to the fact that just as some people are more predisposed to quantitative disciplines, there are some of us out there who create and innovate from a deep sense of within that can be triggered instantly in any situation.

It is a funny thing that we are continuously trying to recreate this action in machines through the use of AI, yet the people who possess these gifts are not being recruited to work at tech companies. I guess we’ve become a society that has put more faith in its algorithms than its human traits.

In this day and age, there’s no question that most jobs will be replaced by autonomous processes or Robots, or maybe even Androids. Yet,  we are focusing so much on the functionality of technical skills that we are forgetting the only truly human trait that cannot be duplicated, Imagination. No matter how complex your AI algorithm is, its hard to picture it taking in a sight such as a rainbow and coming up with something inspirational that could unearth the feeling of hope in someone after a bad day. That sense of familiarity we get when we read poetic prose, or the renewal of hope we obtain from overcoming adversity, even the memories of a past love that wanders into our minds from smelling a particular scent. These qualities are all now trying to be replicated into machines, while the true essence of this ability is left behind as an unemployable demographic.  Through the rationalization and affirmation that there is a skill gap in the current workforce that cannot be addressed by harnessing the power of abstract creativity. these personalities are being practically blacklisted by hiring managers.

Creativity is hard to explain, it is not just being able to draw something or have the inert ability to instinctively pair up colors that are appeasing and mood setting. I’m talking about truly creative Genius. You see where most HR and corporate recruiters fail is that they seem to stick to the hardcore scope of a job description. A string of text that was probably put together by someone who understands the human condition less than the average person and who was probably too busy too put forth any creative effort themselves when they thought about what they were writing.

See it is my opinion that creativity is a divine gift that not everyone is endowed with. We admire someone’s creativity from afar, yet we use it as entertainment to call away from the really pressing matters of mundane tasks. Think about how many times we may have lost ourselves in a G-Easy or Rihanna song ( or whichever artist you like to listen to)  or a Piano Concerto by a classical artist and unknowing entered a state of FLOW. Do we really believe a machine will be able to artificially awaken this in us?

What people don’t know about this great mystery is that it is a blessing more profound and mysterious than the deepest knowledge of the Physical world. Without it, you actually could not fathom any of the greatest scientific findings of mankind and yet we simply look at it as a character trait that makes people socially awkward, eccentric or just plain weird.

What people don’t understand is that creativity is not one dimensional like people would think. Recruiters and managers are only considering creative types when they feel the need to fulfill a team quota based on a management manual that mandate, having a creative person on the team gives it balance. Little to never do you see a creative person really as the leader in a company because we assume that their creativity is a one-dimensional item that is limited to only what we see or that it can only serve in one direction, that of creating something appeasing whose only purpose may be to be admired and therefore not productive in a workplace sense.  Well, I’m here to tell you that creativity is much deeper than that.

To further prove my point, I’d like to show you this video of Jim Carrey. Everyone knows Jim Carrey as a lovable clown who’s contortionist like movements and gestures make us bust out in belly busting laughter. Anyone would tell you that he is one of the greatest comedians Hollywood has ever seen, but that is where you would be wrong. Jim Carrey is not a one-dimensional character he is a complete and verified creative Genius with a unique and insightful understanding of the human condition, and in my opinion, would make a respectable executive at some company. Yet, he would probably never make it past the resume screening software or those awful aptitude tests.

This short documentary will shock you at the true Genius behind Carrey’s personality, who even in late stages of his life discovered he had more hidden creativity than he ever thought, and for that reason I thought it would be a good idea to use him as a platform to further explain that creativity is way more important value than technical skills for surviving in the Start-Up world.
please take a few minutes to watch this amazing man turn his feelings into Art.

richard ruizI'm the one trying to keep this crazy train on the tracks of sanity!
Posted in:
Creativity, Psychology, Venture Capital